Last winter Portland artist Marie Watt put out a call to men of her acquaintance to send her pictures of their mothers, or of a woman they thought needed to be remembered, for a piece she was working on.  Roger forwarded a photo of his mother holding him in a long ago train station. 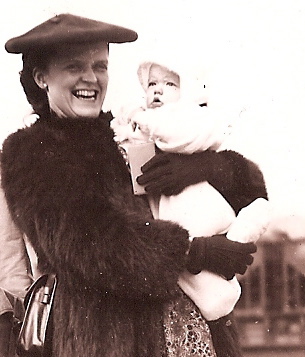 Saturday we went to the PAM to see the last day of the show The Contemporary Northwest Art Awards.

The first piece we saw was Marie Watt’s big piece called “Forget-me-not: Mothers and Sons.”  “Oh–this might be the piece I sent the photo for,” said Roger.

We entered into the circle or remembrance, surrounded on all sides by embroidered pictures of mothers and sons and–we saw Fanny Black Hull right away.

Half of the photos are of mothers and remembered women, and the others are of Oregon men (and one woman) killed in Iraq.  Stark, beautiful, horrifying, good.  All in one.

A New Yorker who moved to my father’s hometown in northern Idaho, never fully coming to terms with the Far West, though she made the best of it.  Established the first free public kindergarten on Idaho; raised six children; assisted my father in his law practice; known for her skills as hostess and cook.” 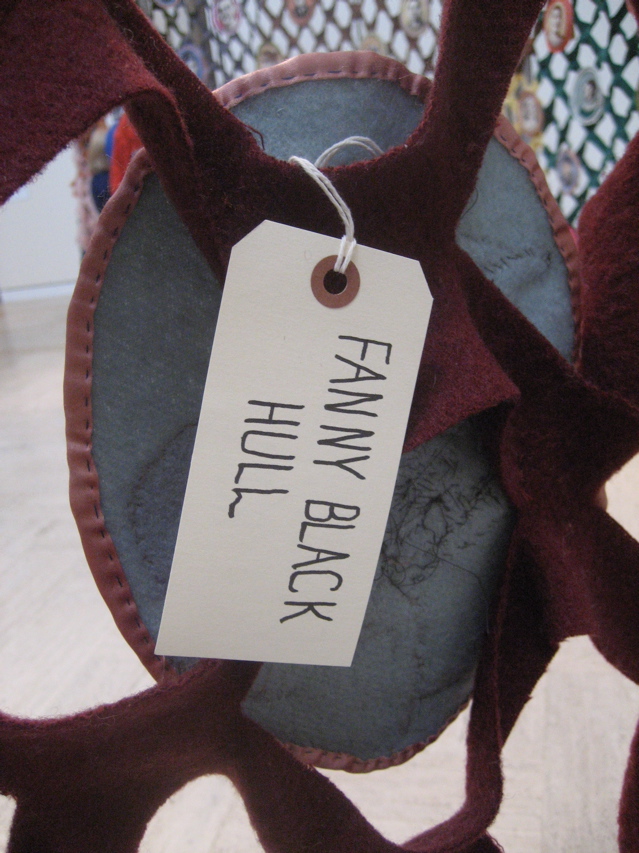