Friday was fun.  A certain art historian and I went to Portland to see a couple of shows.  First the Art Gym at Marylhurst where two shows “Dregs” and   “The Imaginative Qualities of Actual Things” were on (on view until Feb 11th).  “Dregs” was an artist’s (Brandy Cochrane/Paul Middendorf) use of the material of three life-times left behind in a house of a friend.  She wrenched the mountain of stuff into a series of fascinating pieces. ( Some hit pretty close to home though as we’re trying to clean out our own house): 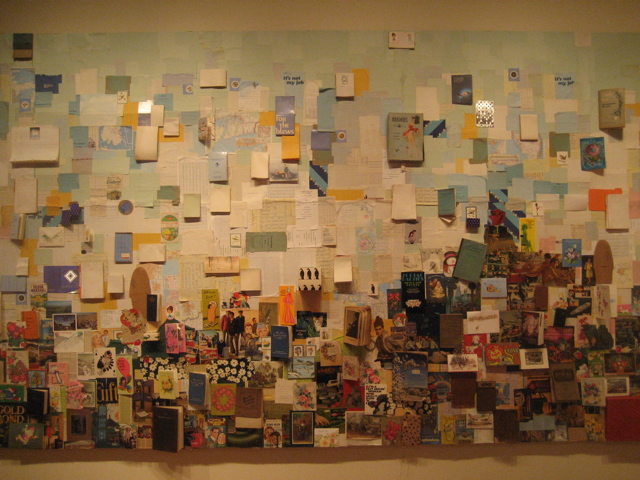 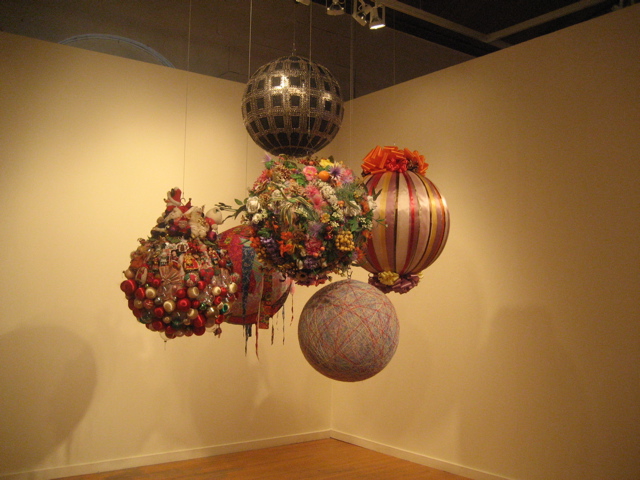 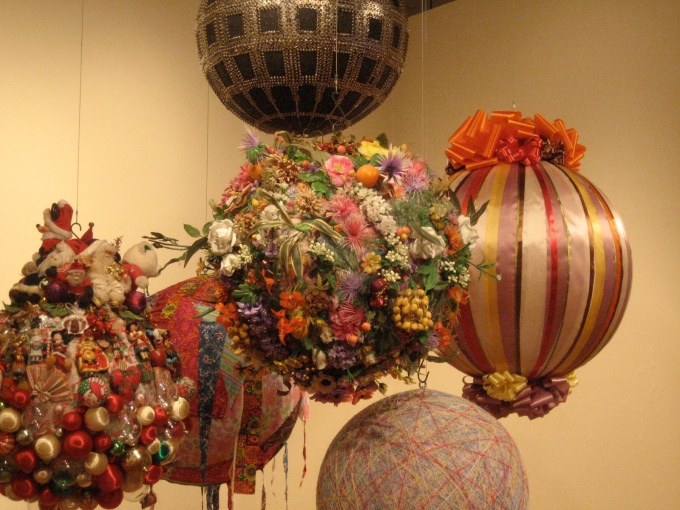 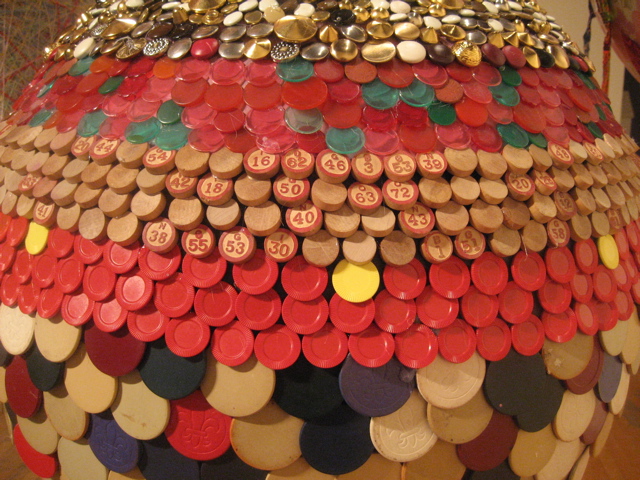 The second show “The Imaginative Qualities of Actual Things,” by Anna Gray and Ryan Wilson Paulsen, concerned the remains of a house fire where the two artists lived 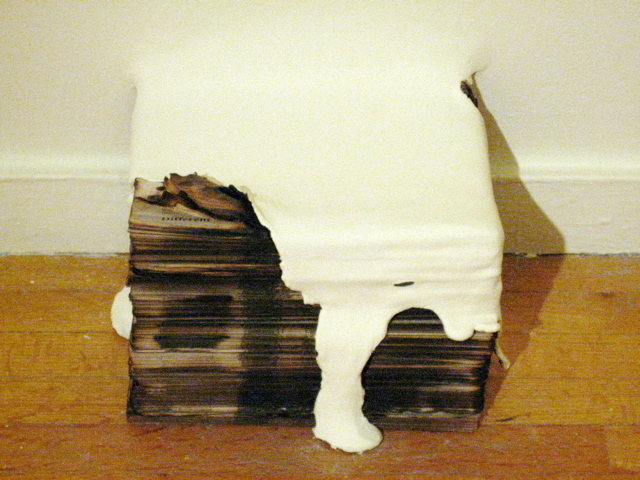 in fact everything that was left after the fire is contained in this space: 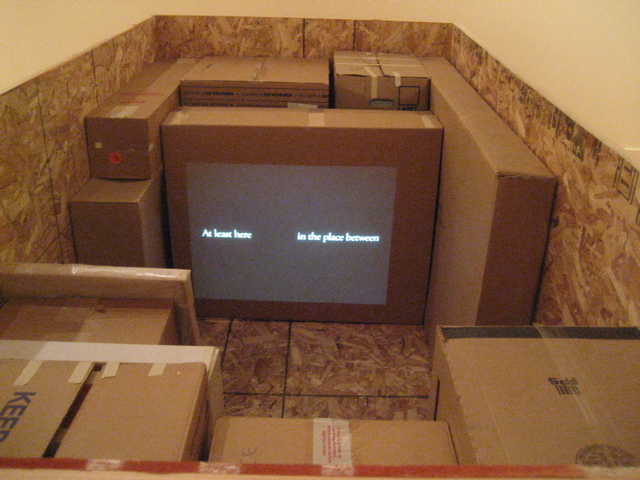 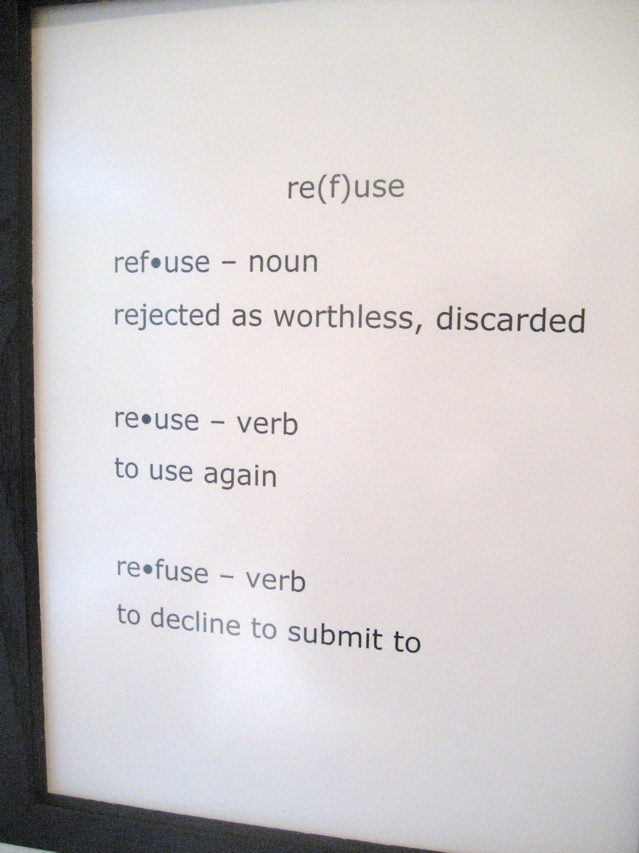 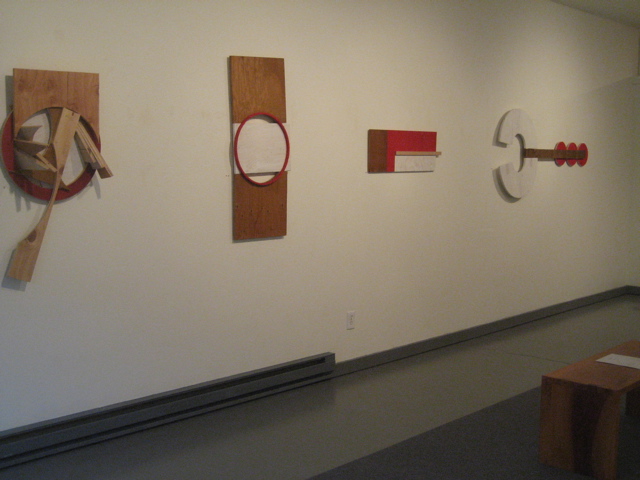 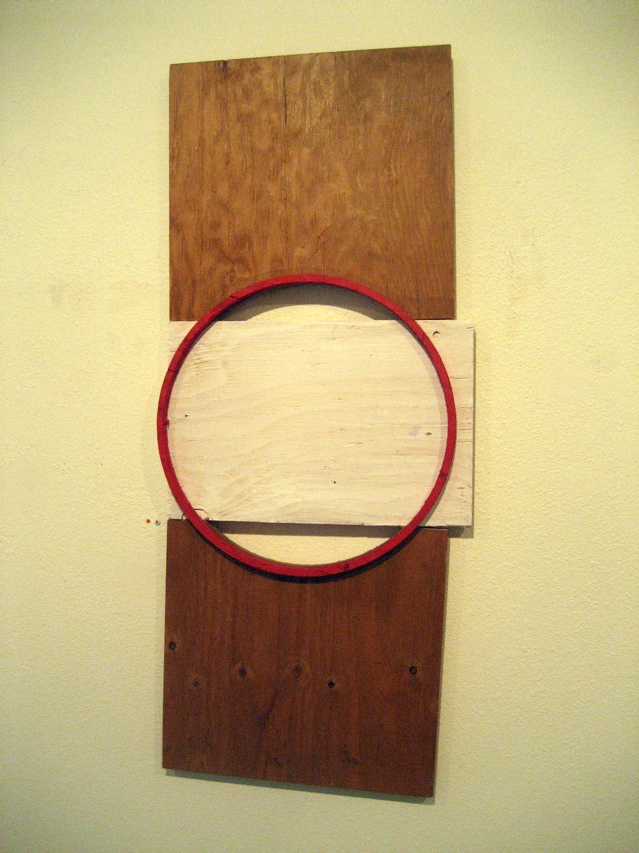 Back to Salem we “stormed” (it was pouring) in time for the opening of a new show at SAA’s Bush Barn Gallery, “Dialogical.” 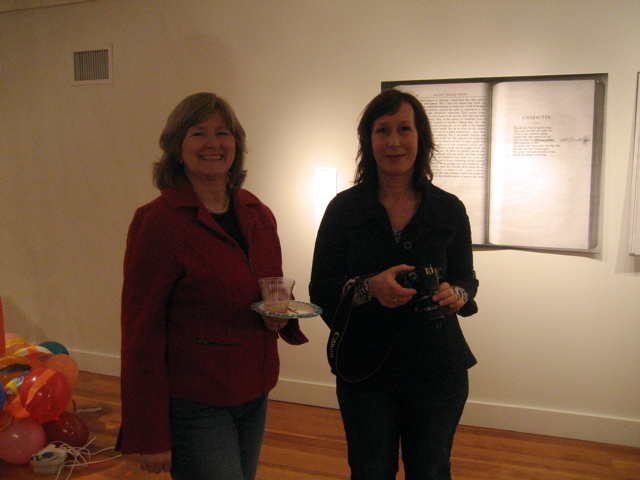 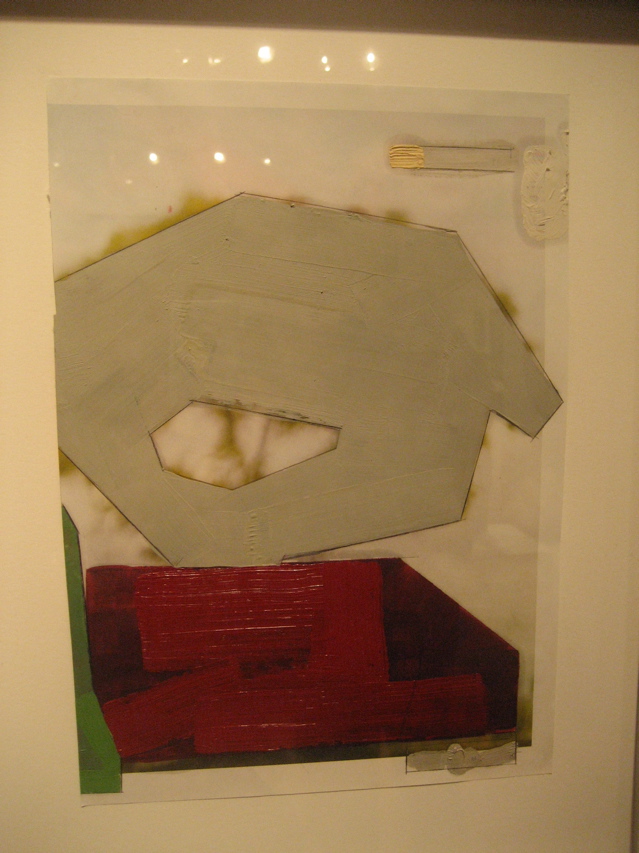 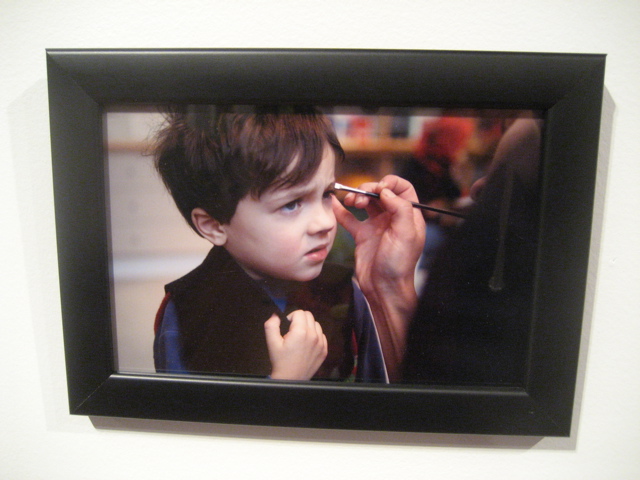 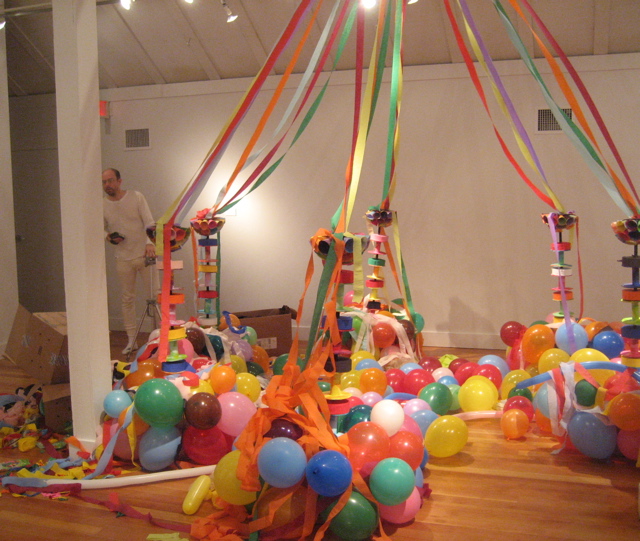 the piece is called “Maypole and was a fascinating take on the stulifying horrors of recessional unemployment (I KNOW it doesn’t look like that, but it was moving actually): 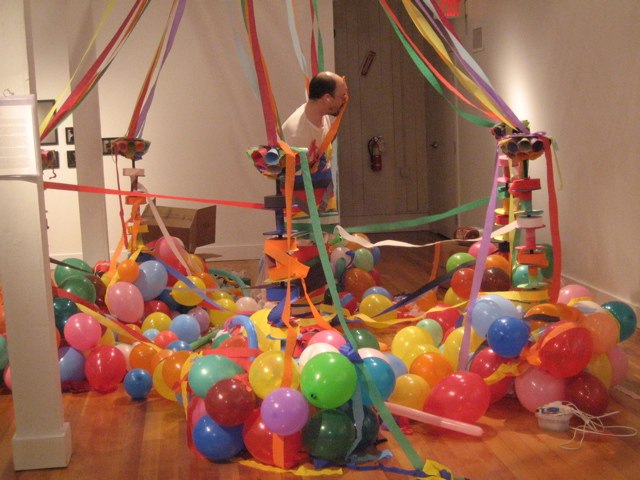 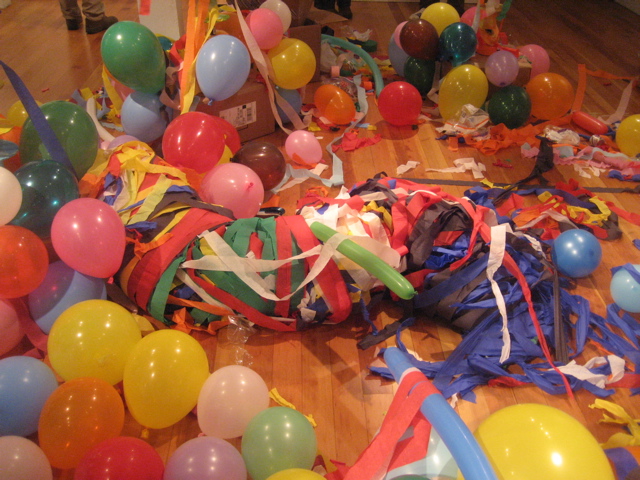 intertextuality, creative reuse, just plain color, words and images.  Pretty interesting stuff.  The show at Bush Barn is up until Feb 28th.  Go have a look.

PS: apologies for the dark and bad photos–it is what it is.