An intrepid band of the general public met today at the Hallie Ford Museum of Art to watch a video made in 2002 about Henk Pander and the painting of his 1982 portrait of Governor Tom McCall, and then to take  walk over to the State Capitol Building to look at the painting.  We were hosted by Roger Hull

who curated the retrospective of Henk Pander’s painting currently showing at the Hallie Ford Museum of Art (“Memory and Modern Life,” on view at the museum in Salem until March 27th). 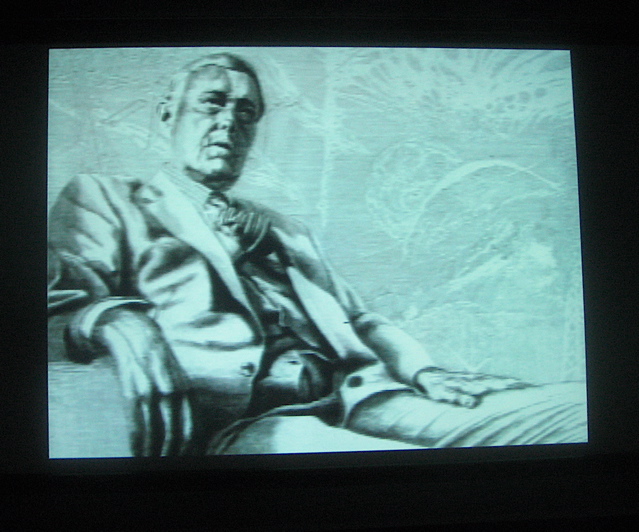 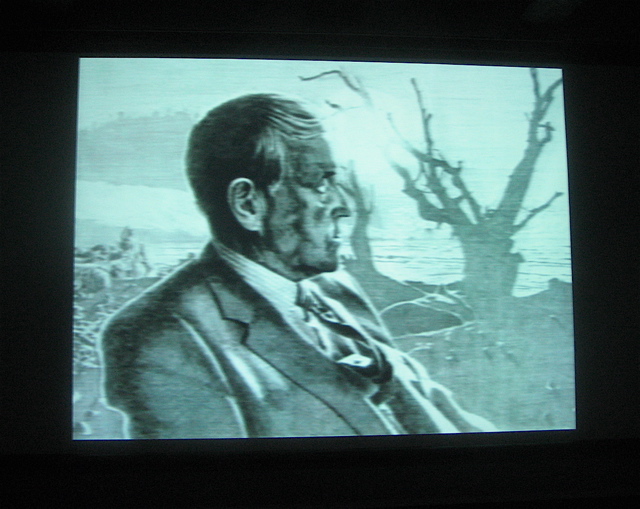 and this fuzzy still of Pander actually painting the governor during his last sitting.

and since we were right there, we took a look at Henk Pander’s portrait of Governor John Kitzhaber (2009) at the other end of the hall. 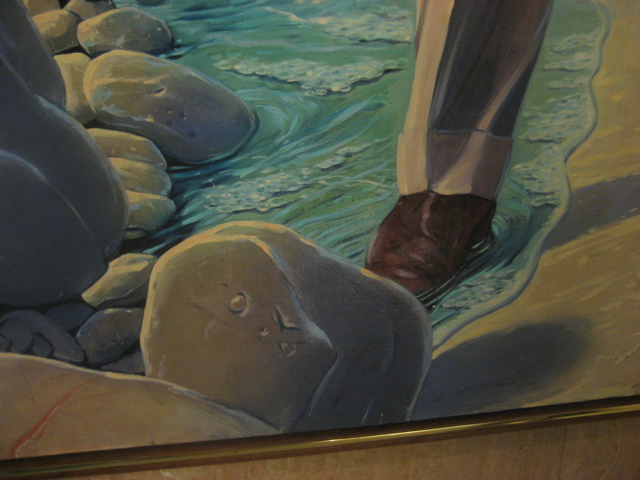 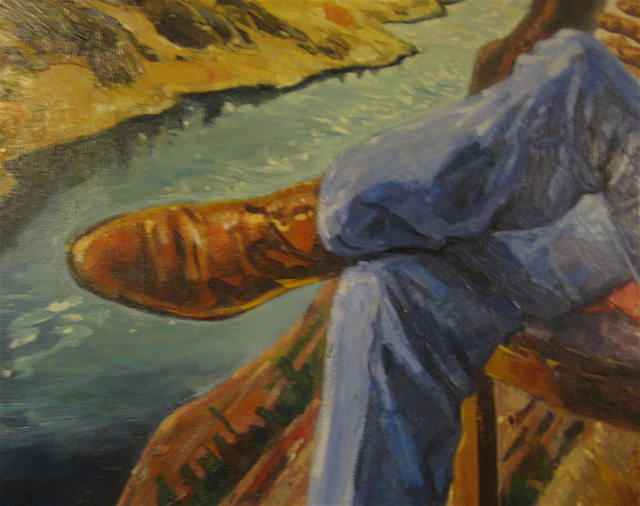