Ellen Stevens and a group of citizens is working on saving the beautiful Church Street Bridge.  It was built in 1928 and designed by then Salem bridge engineer R.A.Furrow, one-time colleague of well-known bridge designer Conde McCullough.  The bridge is a beauty…

spanning Pringle Creek (which is a pretty swollen, roaring body of water today…due to our rain-that-will-not-stop)

Ellen walks a lot, and became disturbed by the deteriorated condition of the bridge.  She was particularly interested in the restoration of design and the spirit of the old bridge.  She came by the other day to show us some proposed designs for the balustrade replacements and she spoke so interestingly about the bridge we went to take a look during our brief sunny respite between storms…

The span is longer than we thought, and the bridge environs are gorgeous.  The original bridge has a variety of curves and “balconies” that provide access and views… 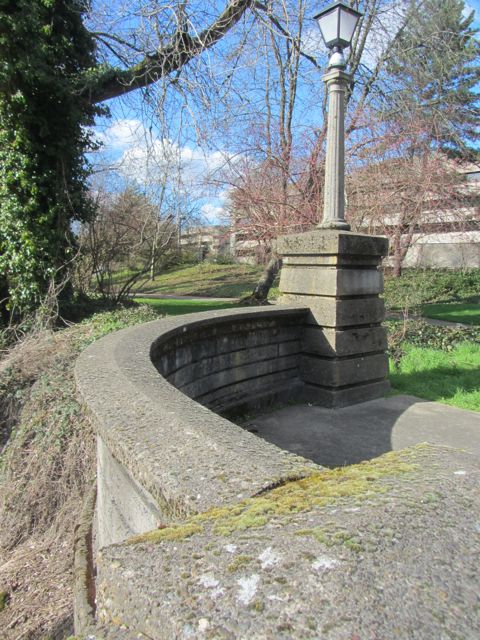 the deterioration is accelerated due to the rusting re-bar inside the cement, causing the cement to break down… 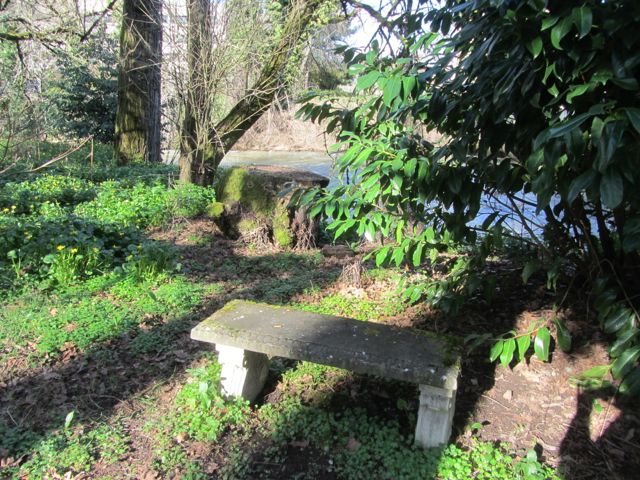 The bridge advocacy group is meeting with the Salem Landmarks Commission March 20th and we’ll await word of support, or further advocacy needed ahead.  There are 12 bridges from 1927-29 around Salem, all gems.  Get out there and take a look!