Dean Brooks was the director of the Oregon State Hospital in the 1970’s and allowed the State Hospital to be the site for filming the milestone movie “One Flew Over the Cuckoo’s nest.”  Brooks even played a part in the film…that role of Dr. Spivey, a staff psychiatrist.  The movie came out in 1975 earning Oscars for Jack Nicholson and four others.

Playing this month at Pentacle Theater is the play “One Flew Over the Cuckoo’s Nest” and Sunday was a benefit performance in aid of the new Oregon State Hospital Museum, opening in Salem in May, 2012.

After cake and singing we retired to the theater and at this point they get kind of funny about photographs: 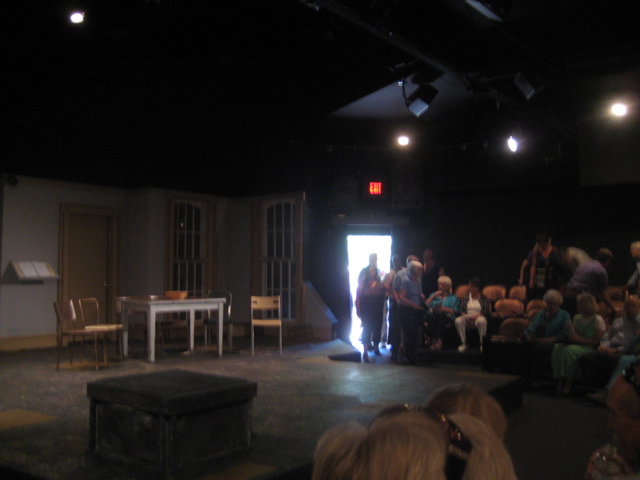 The play was excellent and I could see why Dean Brooks allowed it to happen…the “patients” became “people” to us in short order. 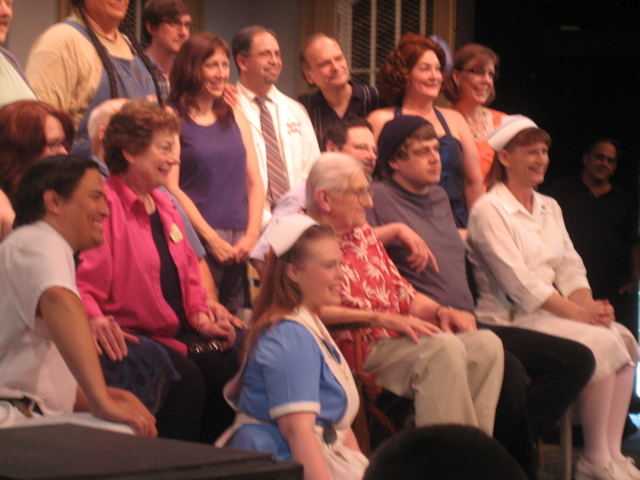 “I really hated you…”