The art world, like the middle east, is under going a major, youth-driven, change…though luckily not so violent.  Along with the established galleries and the established art scene, the 20-somethings are seeking out other venues…or really ANY venues…to show their work.  Point of pride is to be in a coffee shop, a bar, a…hair salon.  Yesterday we met up with Portland artist Susannah Kelly for a coffee (of course) and a chat at Barista about the “low-brow” (as she called it) art world,

before going off to see some of her new work at Salon Seventy Seven.  She has a nice series of drawings there, of which these are only four: 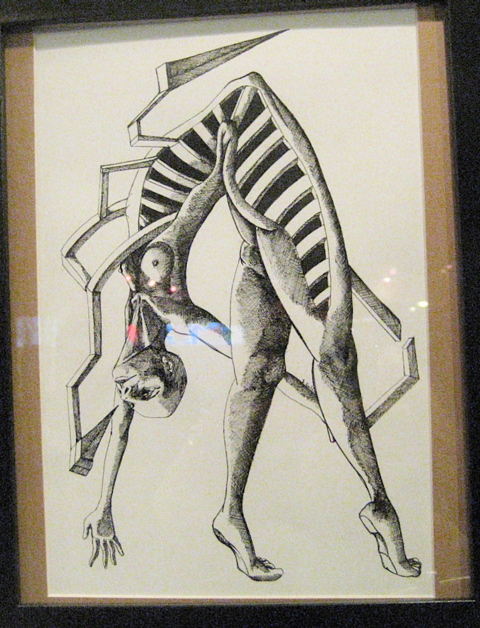 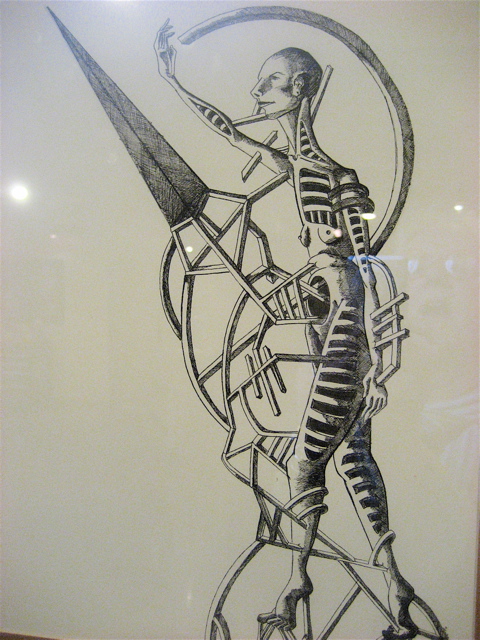 and four or five new shows at local venues (which I forgot to write down…) plus a one-person show in August at the Newport Art Center over at the beach.

A new entry in the high-brow scene is the lumber room on 9th, the project of Sara Miller Meigs. There’s a bit of fun in the “speak-easy” entrance, and a beautiful staircase… 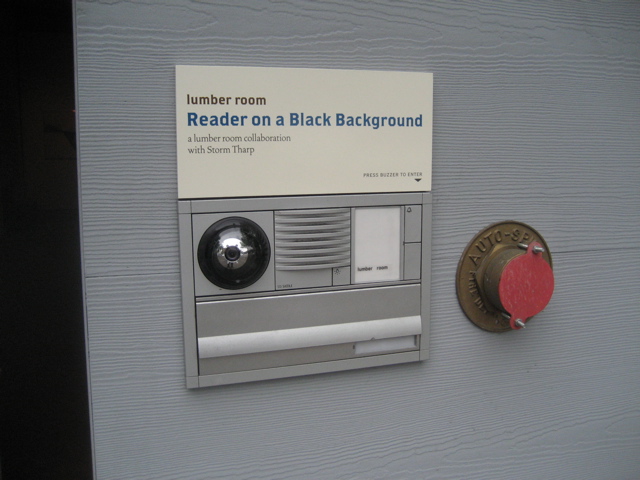 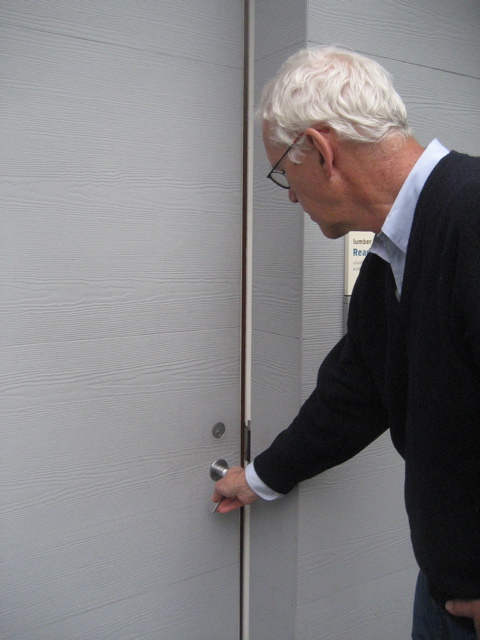 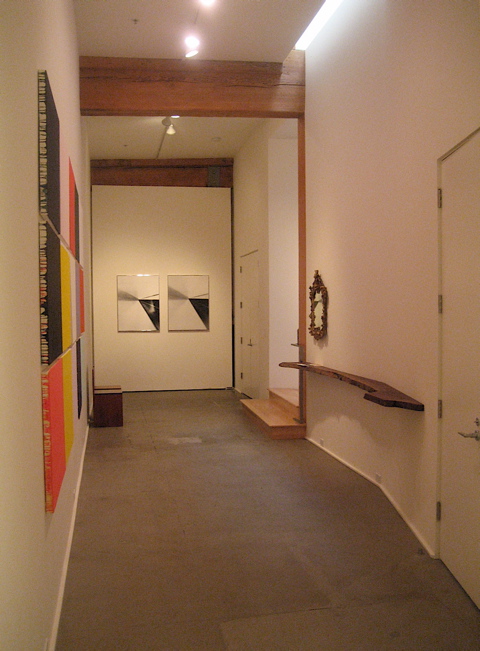 Once upstairs you are seeing parts of Sara Miller Meigs’ collection, curated this month by Portland artist Storm Tharp and including his terrific drawing “The Decorator” (I carefully didn’t photograph the works…too much conditioning from high-brow museums) and also… a knock-out Agnes Martin painting, a Susan Rothenberg and a host of other terrific things.

The space once housed Ed Caduro’s large collection, and is now set up as an apartment with nobody home except you the viewer…terrific idea and terrific feel in the space.

Unlike a gallery, the lumber room is only open sometimes…but it IS open next weekend…this iteration (called “Reader on a Black Background”) can be seen May 19th and 20th from 11 am to 6pm at 419 NW 9th.  Better go take a look.