where I was lucky enough to be the first AIR in 2010…they’re adding an elevator which will allow those of us with mobility problems to more easily reach the gallery, a project I support whole-heartedly.  The elevator will eventually be between the Annex and the main Gallery.  I hope you remember that Bush Barn really WAS the barn for the historic Bush house in Bush’s Pasture Park and as such is an historic structure.  The elevator will be between the two buildings…

Inside a temporary wall has been built where changing shows will go up during construction emphasizing “Point of View”…the first one is Barry Shapiro’s heart-rending digital photo collages comparing the current Syrian refugee crisis to the 1939 plight of European Jews as they were beginning the horror of the Nazi regime…families displaced and torn apart…homes and lands lost.  Go take a look. 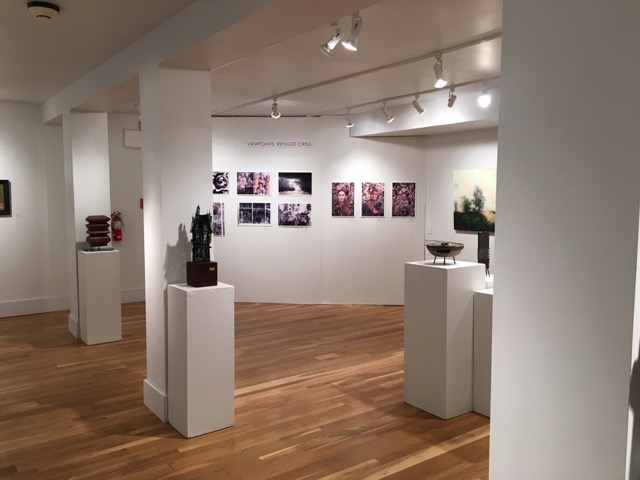 In the Camas Gallery Salem artist Ann Kresge is featured with her large cast paper pieces, and she will be speaking in the gallery this coming Tuesday, (February 2nd) at 10:00 a.m.

Head upstairs to the main gallery

where the prints of Corvallis print maker Yuji Hiratsuka are on view.  The wonderful show includes prints from the 38 year career of master print maker and teacher (he teaches at Oregon State University) Yuji Hiratasuka and was curated by Kathryn Cellerini Moore.  You won’t be sorry! 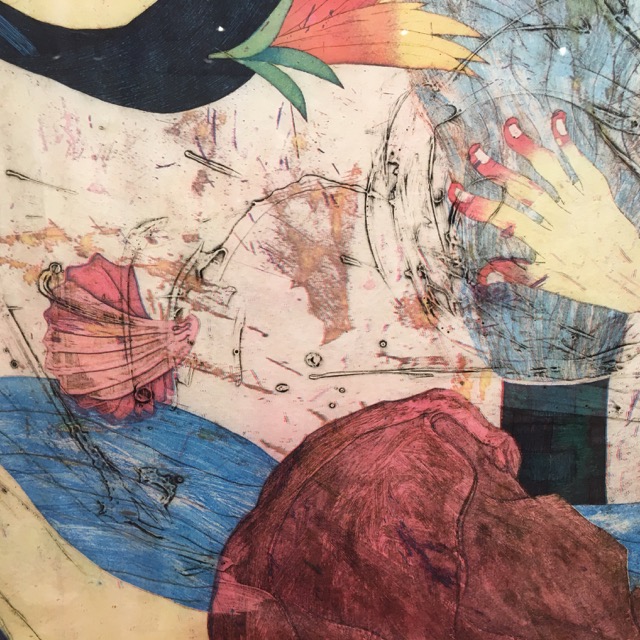 Sometimes it’s easy to overlook what’s in my own backyard!